I’m trying something new here.  Sometimes on vacation, really funny things happen as a result of something I or Scube do, and felt that these little anecdotes haven’t quite made it into our travel stories.  So while this isn’t a video of me falling on my face or scaring Chris Pratt with a fake dinosaur, this is a silly story from our last full day in Italy.

Our hotel in Naples didn’t offer free breakfast, and since hotel breakfasts are wildly overpriced (why is cereal $12?!?!), we decided to go out and do as the locals do.  To be a local in Italy means walking up to the bar and ordering your pastry first.  Once you eat your pastry, you order some form of an espresso, and then wash it down with a small, free of charge water.  Well I don’t like coffee or espresso for that matter, but I am however in love with drinking chocolate (Italy’s version of hot cocoa). So in my awful broken Italian (beyond Grazie! Ciao! and Prego! I’m at a loss), I tried to order a drinking chocolate.  “Vorrei questro cioccolata, por favore?”  Well, L-O-L.  This poor bartender was sent into a tailspin.  It was like I asked him to conjur Willy Wonka as a patronus with Silvio Berlusconi in the role of Grandpa Joe.  He looked at a shaker full of cocoa powder, found it was empty and started fumbling around behind the bar.  The elderly man who owned the shop started yelling at him in Italian.  What I gathered back and forth was “where is the cocoa??”  and “how do you not know how to make a cioccolata you fool?!”  After a lot of hand wringing, the elderly man escaped to the back and returned with a massive bag of cocoa powder and starting frothing the milk.  Meanwhile, in my head, and unable to articulate to these two adorable men who didn’t speak a lick of English, I was saying “I just wanted a small little cup of drinking chocolate…”  Instead, I was left on the sidelines watching this hilarious little horror transpire.

Scuba Steve was squeezing my hand hard as we were both thinking the same thing, which was “OMG Sara, what have you done??  These poor men.”  Cue 5 minutes later and I had been served a pint glass, an actual, full blown pint glass full of piping hot cocoa.  Adopting an “I don’t want to offend” attitude, I downed the crap out of that cocoa.  Granted, it was delicious, but feeling so full from my chocolate pastry, I was not expecting to drink 16 ounces of hot chocolate at 9am.  Scube was shocked, but let’s be real here, I can down a disgusting amount of chocolate in all forms with feeling zero digestive side effects.

And that my friends, is one of my many vacation bloopers. 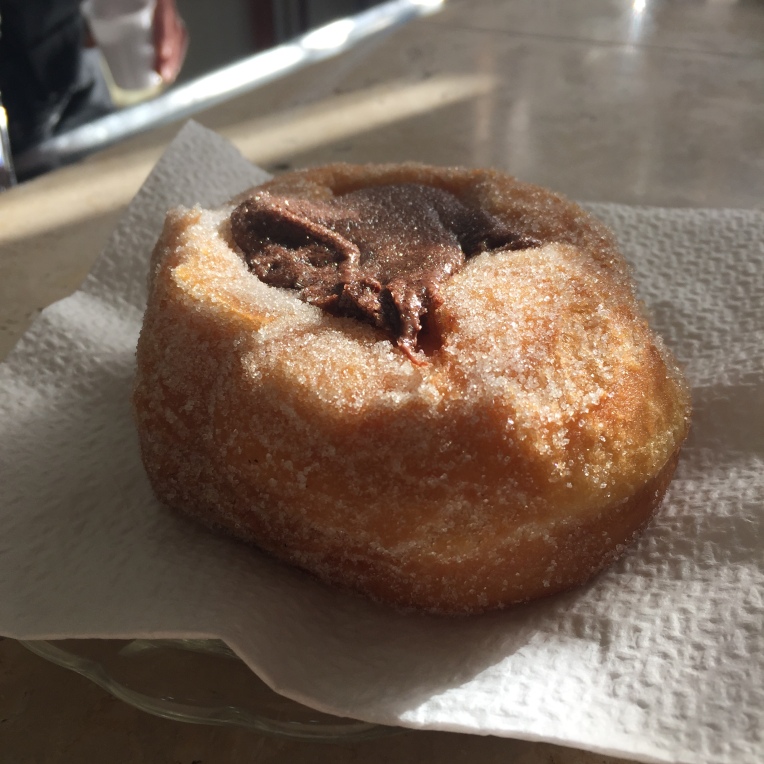