Well it’s official!  The Rockefeller Christmas Tree has been lit, holiday tunes are playing on loop and the air is a little extra crisp.  Christmas in New York City is a magical time of year for me.  When I moved down to Philly I told Scube that every year he has to come up to NYC with me and be at my whim.  Fortunately, he’s been very obliging, but can you blame him?  Millions of people (over 5 million!) flock to the Big Apple this time of year and while there are the typical “must do’s”, I’d like to offer a list with some of the usual suspects and some not so usual.

The obvious (but no less lovely)

The Not So Obvious

To me, December and Christmas mean warm gooey cookies and hot chocolate.  If you’re looking to escape the cold, here are a few spots that will warm your hands, feet, and nose.

Now, if you’re feeling adventurous and want to escape Manhattan, I offer a few suggestions that will make you ooh and ahh.

What is your favorite thing to do in New York at Christmas? 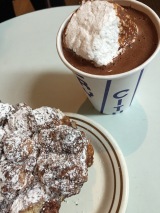 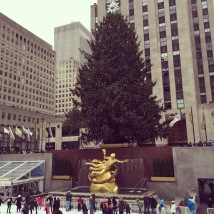